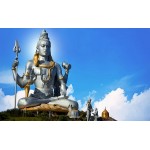 Description and guidelines for all the processes right from the selection of site to construction of the building, and of the orientation of various rooms in directions, the height of the rooms, positions of the doors, etc. is found in Vastu Shastra. Actually, the text that guides us to plan and construct a town, temple, residential house, cattle shed, or any other building equipped with all necessary amenities for the comfort and utility of mankind is given the name Vaastu Shastra which has been divinely described in Indian culture and scriptures. Vastu for Griha Pravesh Griha Pravesh (i.e. first entry into the newly built house) is also an important aspect of Vaastu-Shastra.

After the house is complete in all respects, living in that house is started at some auspicious moment determined on astrological considerations. The first entry in the house at the auspicious moment is called the Graha Pravesh ceremony. For any newly built house warming is considered a holistic occasion. This custom is done so as to keep evil forces away from entering a new home. Even after land acquisition, a prayer (puja) is performed which is called Bhumi Poojan, and later house warming ceremony is called Vaastu-Shanti.

When the house is ready to be occupied, a muhurta is selected for Grihya Pravesha which consists mainly of Ganesha puja (Ganapati), The mandala is drawn to invoke the gods and nine planets, which act as witnesses to the ceremony. The offerings in the form of fire (Agni) which is supposed to convey to the gods. The family carries the havan kunda into every room. The various medicinal ingredients in the smoke from the havan disinfect and purify the air within.

The house is encircled with thread three times from the east, which is the most auspicious direction. Both these signify the erection of protective barriers around the house to keep away evil influences and are done to the accompaniment of the Rakshoghna Mantra and the Pavamana Mantra. A pit dug in the southeast corner of the boundary of the house with sides of the pit fortified with cow dung paste and the pit is worshipped. A brick box containing corn, moss, and flowers is lowered into the pit, which is then filled up. Since corn symbolizes fertility, this is believed to ensure prosperity Holy water sprinkled around the house is to keep away evil spirits With this, Grihya Pravesha is completed.

The Grihyasutras give detailed instructions about the kind of land that should be chosen for constructing a house or temple, the direction it should face and the ceremonies to be performed at each stage. The Matsya Purana elaborates which stages during construction are important, like laying the foundation, and raising the first door, and explains that Grihya Pravesh puja should be performed at these stages. This ceremony is still performed in the traditional manner. After Ganesha puja, the jar of water is placed on a heap of corn, the universal symbol of fertility.

Three types of Graha Pravesh have been mentioned in the scriptures

If the doors of a house are not fitted with shutters, or the roof is not covered, or the God, Vaastu have not been worshipped and offered sacrifices, and if the priests, etc. have not been offered feast, the first entry into such house (Graha Pravesh) should not be accomplished till the above things are completed, otherwise living in that house will be full of troubles and miseries. Therefore living in a house should be started only after offering sacrifices and worshipping Vaastu as per procedure given in scriptures.

Entry into a house built of grass and leaves etc. may be performed on any auspicious day. In houses built with bricks, stone, mud, cement, etc. the first entry is auspicious when the sun is Uttarayan. As far as possible Graha Pravesh should be accomplished in the day only, it will be auspicious. Normally, it can be done at any auspicious moment in the day or night. Guru (Jupiter) or Shukra (Venus) being set (invisible) i.e. Tara does not matter in the case of Graha Pravesh in an old renovated house.

For the ceremony of giving food to a child for the first time (Anna Prashan), wearing new clothes, daily travels, the first entry into an old renovated house and entry of a bride in the house, invisibility (setting) of Jupiter (Guru) and Venus (Shukra) i.e. Tara should not be considered, only the purity and auspiciousness of the Panchang should be considered in such cases. Auspicious months for Graha Pravesh and the results of the same are as given below -

Besides these, the months of Kartik and Margshirsh give medium results. Graha Pravesh in the months of Ashadh, Shravan, Bhadrapad, Ashwin Paush is inauspicious and causes loss, troubles and pains, and fear of enemies. The tithies (dates) 4/9/14 and 30 (Amavas - no moon night) should be avoided and Graha Pravesh should not be done on Tuesdays.